24 Rooms Nashville, MA project at Konstfack, University College of Arts, Crafts and Design, is a spatial analysis of Robert Altman’s film Nashville (1975) by splitting the film’s soundtrack in twenty-four loudspeakers in the gallery space. In Nashville Altman models his narrative on the 24-track recording technology commonly used within the music industry by building the story around the parallel lives of 24 main characters – country musicians involved in a political rally for the independent president candidate Hal Philip Walker. Using multiple independent sound sources, Altman’s approach to sound replaces the single-channel linearity of written discourse by a three-dimensional multiplicity, calling for a radically different level and type of spectator, and especially auditor, activity. In 24 Rooms Nashville I liberate the soundtrack from the linearity of the movie theatre by placing it in the simultaneous installation space of the art gallery. 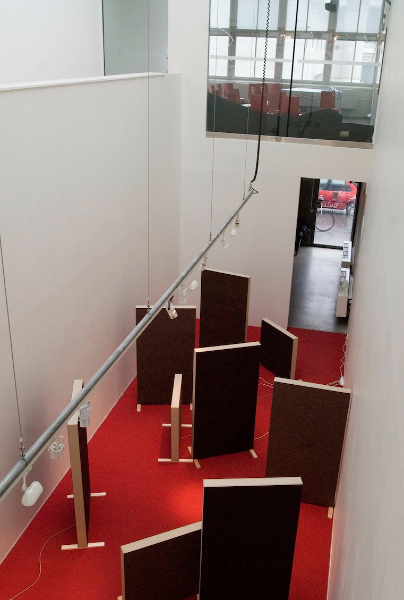 1974, text written for the project at Konstfack, University College of Arts, Crafts and Design.