Urban Nomads centers around power relations created by international aid in the Kenyan capital Nairobi. The rapid global urbanization is one of the most important issues for the future and the global efforts for sustainable cities are led from the UN Habitat headquarters in Gigiri, Nairobi. One of Africa’s largest slums, Kibera, with up to one million inhabitants is also located in Nairobi. Globalization has created different classes of urban nomads. Both the international aid workers and slum dwellers come temporarily to Nairobi to earn a living and return to their home countries and to their home villages in the countryside. Gigiri and Kibera represent different worlds. While geographically being part of Nairobi, they are separated from the rest of the city creating a space of their own both physically and socially – a city within the city. 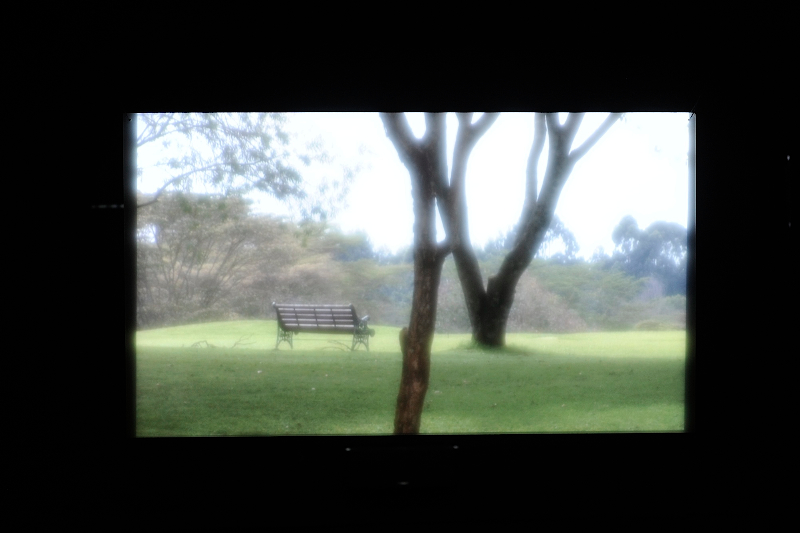 ARKDES Gigiri, video installation with 5.1. surround sound, filmed at the UN Habitat headquarter in Nairobi, at Vem är staden? Möten med Nairobi och Stockholm (”Who is the city? Meetings with Nairobi and Stockholm”), exhibition at ArkDes in Stockholm November 14 2013 – February 16 2014.